Airbags Can Cause Injuries Rather Than Prevent Them in Auto Accidents By Sean Burke on May 26, 2015 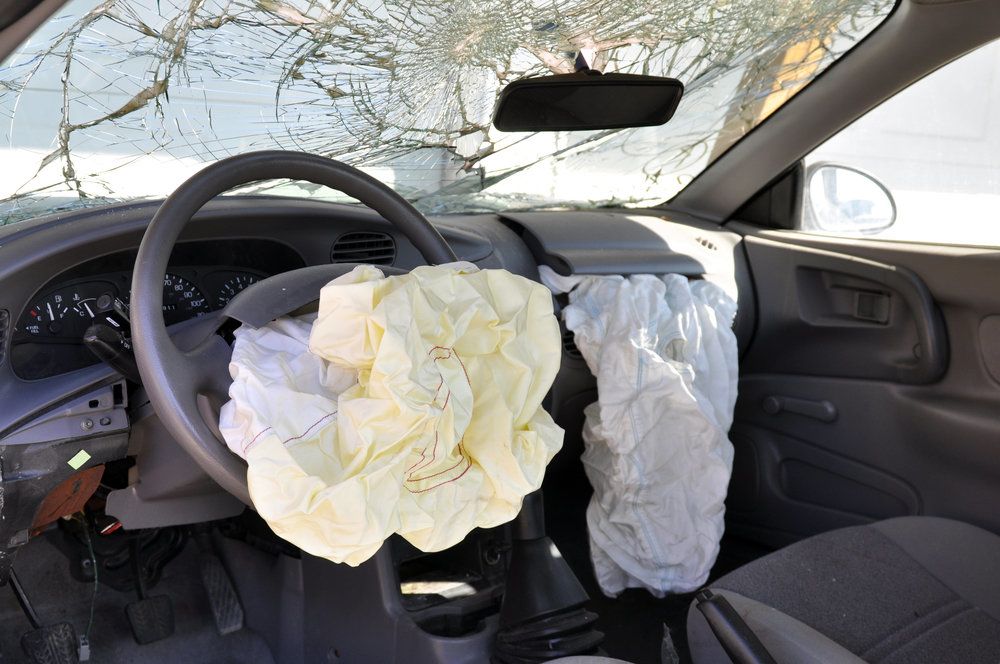 Here at The Law Offices of Sean M. Burke, we will not be intimidated by major businesses or corporate interests. Serving the people of Orange County, we will take major companies to task if design and product defects result in serious auto accidents. This covers a number of car parts and components, but we'd like to turn our focus right now to the airbag and why we need to take airbag defects so seriously.

Airbags Are Installed for Our Safety, But They May Not Be Safe

Even though airbags are meant to keep us safe from major injuries in an auto accident, there are many instances in which they do not function as they should. In such cases, the airbags may fail to function are intended, failing to protect people in a motor vehicle from severe injuries; the airbag defect and also result in serious injuries that would not have otherwise been sustained in an accident.

Total Failure for an Airbag to Deploy

If you are involved in a serious accident, an airbag can prevent you from experiencing serious harm. However, your airbag, if it is defective, may fail to deploy completely. When an airbag does not go off, you are subject to all of the major forces and trauma in a motor vehicle collision, meaning you are unprotected when you really should have been.

Another potential airbag defect is sudden deployment. This can occur if there is a sudden blow to the car but not at a traveling speed or with the force that warrants deployment. The sudden deployment of an airbag can result in bruises and friction or chemical burns on a motorist. In addition, if the airbag deploys while the driver is on the road, it can cause the driver to lose control of the vehicle and get involved in a serious collision.

After a collision, airbag timing matters. An airbag deploying too early or too late means that drivers are not properly protected from harm. The timing may be an issue across an entire line of vehicles, demonstrating a failure by the QC or QA department or the design department at an auto company.

Airbags May Burst or Cause Burns

We mentioned friction burns and/or chemical burns earlier, and these are the result of the sudden speed of a deployed airbag rubbing against a diver or passenger's skin as well as the powder that is placed on the airbag. These can be serious if there is a timing or deployment issue with the airbag.

It's also important to consider the danger of an airbag bursting after deployment. Rather than cushioning a driver or passenger during impact, the airbag may wind up causing a serious injury of some kind, such as a cut or major bruise.

Speak with Our Legal Team About Your Auto Accident Case

To learn more about your legal options following a serious auto accident, be sure to contact our personal injury law firm today. The team here at The Law Offices of Sean M. Burke will work with you to ensure that you receive the help you need in your time of legal need.