Auto Accidents and Teens: Dangers On the Road By Sean Burke on October 27, 2014 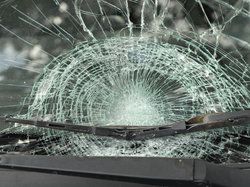 Here at The Law Offices Of Sean M. Burke, we take great care in helping our clients understand their legal rights. We are committed to all victims and their loved ones in Orange County, particularly following motor vehicle collisions that result in injury. Seirous auto accidents can cause major injuries, long-term diability, and death, which is why having skilled attorneys on your side is crucial. This is particularly true when the accident is caused by or involves a teenage driver, a matter we'd like to look into right now.

The Numbers on Teenage Drivers and Auto Accidents

Typically, teenager drivers present the highest risk for auto accidents and crashes. According to the CDC, almost 2,650 teenagers were killed in auto accidents in 2011 and an additional 292,000 were treated for serious injuries inflicted from an auto accident. Teenagers also account for about 30% of all costs associated with auto accidents in the United States.

What Makes Teenage Drivers So Dangerous?

Teenagers are especially prone to misjudging dangerous driving conditions. During dangerous driving situations, inexperienced teenage drivers are less likely to identify and recover from driving hazards, putting themselves, their passengers, and other drivers on the road around them at additional risk in these situations.

Additionally, with the prospect of driving still a thrill to many teenage drivers, they are more susceptible to ignoring speed limits and tailgating, which presents additional undue risk to everyone involved. Teenage drivers are also less likely to be diligent about wearing seat belts, which increases the likelihood of serious injury in the event of an auto accident.

In conjunction with underage drinking, teenagers are also more likely to get behind the wheel while intoxicated, which presents its obvious risks. According to the CDC, nearly 25% of teenagers involved in an auto accident had been drinking.

How Can I Protect My Teenage Driver?

While you cannot control every aspect of your teenager’s driving, you can enforce these laws in your home.

Consider revoking car privileges if your teenager breaks your state's driving curfew or is regularly driving too many passengers in his or her car.

If you suspect your teenager has been drinking, consider additional supervision and revocation of their driving privileges. While driving is your teenager's first bit of adult responsibility, do not let that handcuff you as long as they are living under your roof. If your teenager is acting irresponsibly while behind the wheel, step in and take action before your teenager finds him or herself in a dangerous situation.

Speak With Our Personal Injury Attorneys

For more information about your legal options following a serious accident, be sure to contact our personal injury lawyers today. Our legal team is ready and willing to help you during your time fo legal need, offering expert counsel and peace of mind.