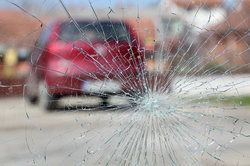 As one of California’s most respected and successful auto accident attorneys, Sean M. Burke works tirelessly to remain abreast of relevant state laws, facts, and figures. When it comes to auto accidents, Mr. Burke feels that the more intimately he understands the subject matter, the better able he is to fight for the rights of those who are injured due to the negligence of other drivers. His reputation as an authority on all matters related to auto accidents in the state, including California auto accident statistics, has earned him the esteem of his peers and clients alike.

Mr. Burke is also a firm believer that his clients deserve to have access to as much relevant information about their cases as they desire. While many clients prefer for him to handle their personal injury claims while they concentrate on putting the pieces of their lives back together, others choose to avail themselves of the information at their disposal as clients of Mr. Burke’s. The auto accident statistics presented in this article represent just a few of the many available as part of Mr. Burke’s vast array of resources.

If you or a member of your family has been injured in an auto accident, or if you have tragically lost a loved one in such an accident, Mr. Burke would welcome the chance to evaluate your case.

In California, the Statewide Integrated Traffic Records System (SWITRS) Annual Report of Fatal and Injury Motor Vehicle Traffic Collisions represents one of the best resources for auto accident statistics. The most recent report was published in 2013 and contains statistics covering the entire calendar year of 2012. Among the many notable statistics included in this report, in 2012:

To arrange for an evaluation of your auto accident case, we encourage you to contact the Law Offices of Sean M. Burke today.